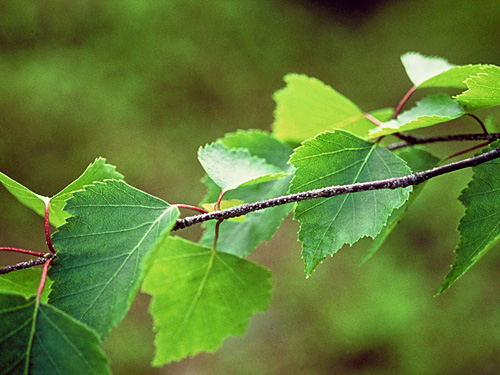 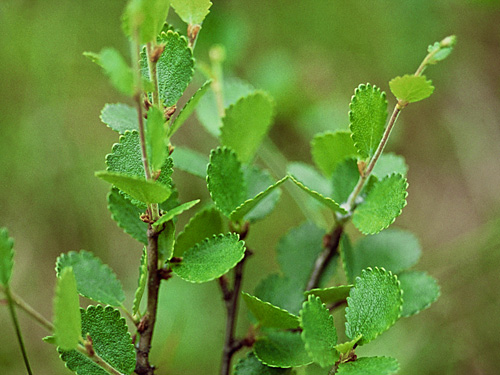 Distinguishing characteristics:
The silver birch is a broadleaf tree with dark, thick, fissured bark at the base, branches often pendulous, and double-toothed leaf margins. Young branches of the silver birch are covered with resinous warts, and the leaves have a distinct reddish hue in spring. Curly birch is silver birch in which a virus has caused the cell structure to form a curled pattern. The condition is hereditary.

The downy birch is a common broadleaf tree throughout Finland. It has a smooth trunk, spreading or ascending branches, and single-toothed leaves. The bark is usually a yellowish colour.

The dwarf birch is usually a shrub or bush less than a metre high with stiff, upright branches. Its leaves are small, round, bare, and have scalloped margins. They turn a beautiful red colour in autumn.

Harvest season:
Buds and young leaves are gathered in May to June, before midsummer. The landowner’s permission is needed for this.

Use:
Silver birch is the most suitable tree for making sauna whisks. Dried birch leaves can also be used for herbal beverages, and fresh or frozen leaves for salads or soups. The leaves are also suitable for preparing green leaf powder or seasoned salt. The leaves have a diuretic effect, which means that they increase urine output.