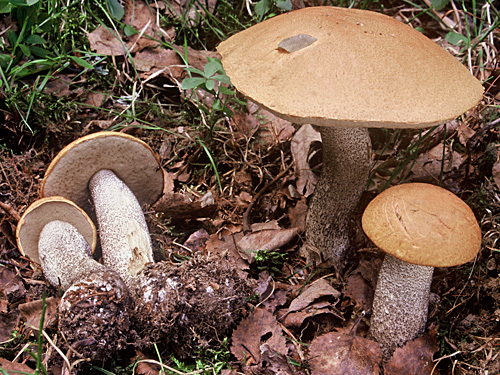 Distinguishing characteristics:
Orange Boletes are flavourful, large mushrooms with firm edible flesh. The flesh turns dark when cut, a characteristic that does not interfere at all with culinary use of Orange Boletes. They can also be identified by the reddish brown colour of the cap and the black or brown, downy surface of the stem. The cap cuticle of orange boletes overlaps slightly with the pore surface at the margin. The pore surface stays a light colour for a long time and does not bulge out much.

The Orange Birch Bolete (Leccinum versipelle) has an orange-coloured cap and dark grey or black tufts of down on the stem from an early age. Its flesh changes markedly in colour, first to a reddish grey and finally to a blackish violet.

The cap of the Orange Aspen Bolete (L. aurantiacum) is an orange to reddish brown with less of a yellow hue; the tufts of down on the stem are white early on, turning reddish brown with age. The flesh darkens more slowly and does not become as dark as in the birch bolete.

The Orange Pine Bolete or Foxy Bolete (L. vulpinum) has a reddish brown cap, the darkest of these three varieties; the tufts of down on the stem are a light colour in young specimens, turning greyish brown to nearly black with age; the flesh darkens only slightly, becoming reddish in the stem. These species do not need to be distinguished from each other when sold.

Look-alikes:
The Orange Boletes can be confused with certain brown Birch Boletes, which are also edible. A Birch Bolete can be recognized by its narrower stem, greyish-brown cap surface, and noticeably softer flesh that does not darken.

Harvest season:
This mushroom is found throughout most of Finland from July to September.

Use:
Orange Boletes are boiled in their own broth until fully cooked. If they are not thoroughly cooked, they can cause nausea and abdominal pain in some people. Their colour becomes much darker during boiling. They can be preserved by freezing or by slicing and drying. The dried mushrooms must also be thoroughly cooked. Orange Boletes are good in dishes such as meat casseroles or stuffed cabbage, and can be added to dough for making rolls. 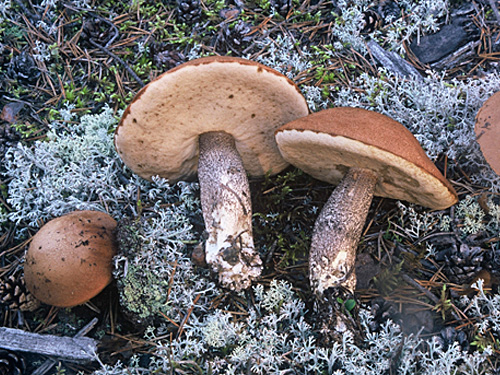 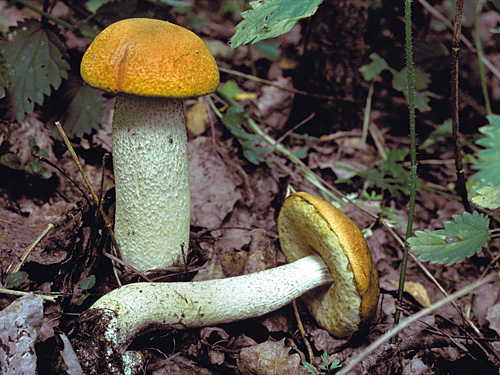