Research on yield models for berries has been particularly active in Finland. However, the evaluation of the existing berry models using an independent data set has not been done so far. The aims of this study, carried out by the researchers of Natural Resources Institute Finland, were to find out 1) how well the models are able to predict the observed berry yields in the study area, 2) whether the models can be applied to locate the most productive berry habitats observed and 3) how sensitive the berry yield predictions are to the input data coming from different forest inventory sources. 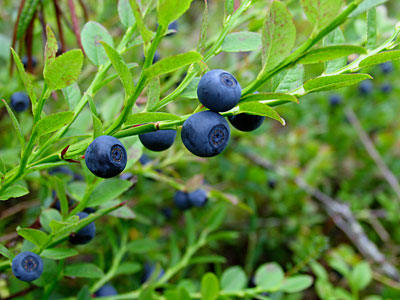 The study was conducted in 230 sample plots in North Karelia, Finland. Different variables were determined for each plot, such as main site class, dominant tree species, earlier cuttings and stand age. The percentage coverages of bilberries and cowberries were determined, and the numbers of bilberries and cowberries were counted. Furthermore, the bilberry and cowberry yields on the sample plots were predicted by four models for bilberry and four models for cowberry. Then it was possible to compare yield models to measures from the sample plots.

It must be considered that the data consisted of berry yields only from one berry season (year 2014). Bilberry and cowberry yields in 2014 were slightly worse and better than average yields during the last years. Also weather conditions may affect the berry yields. 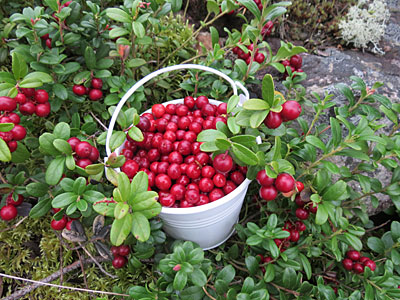